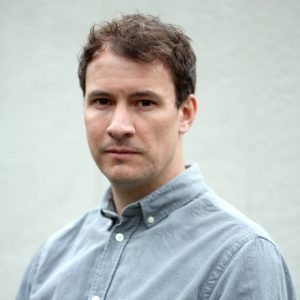 Joel Baldwin has been appointed as The Assembly Room’s new Artistic Director and Chief Executive Officer. He will be joining the Assembly Rooms beginning May 3. Joel has extensive experience in the artistic sector, having previously managed other venues in Oxford and Bristol.

Chair of the Board of Trustees Laura Johnston had this to say of his appointment: “We’re delighted to have Joel join us here at LAR, his wealth of experience in the artistic sector will be invaluable in guiding The Assembly Rooms into a new era.”

Joel takes up his position following the forthcoming retirement of current CEO Helen Hughes, and the successful completion of a three-year refurbishment project for the Assembly Rooms building.

Speaking of his joining the Assembly Rooms, Joel says: “I am delighted to have been appointed Ludlow Assembly Rooms’ new Artistic Director and CEO. With a background in music, theatre, and interdisciplinary artistic projects in mixed arts spaces, I look forward to continuing the important role of this wonderful venue in bringing a wide variety of events and activities into the heart of Ludlow for all to come and be a part of. As the venue enters a new season following its extensive refurbishment, I am excited by the challenges and opportunities this presents, and I look forward to getting to know and to working with its committed team of staff and volunteers (and many of its patrons, of course!) in the coming months.”